The Spray Tan Defense? Florida Man Says Self-Tanner Killed His Wife, Not Him 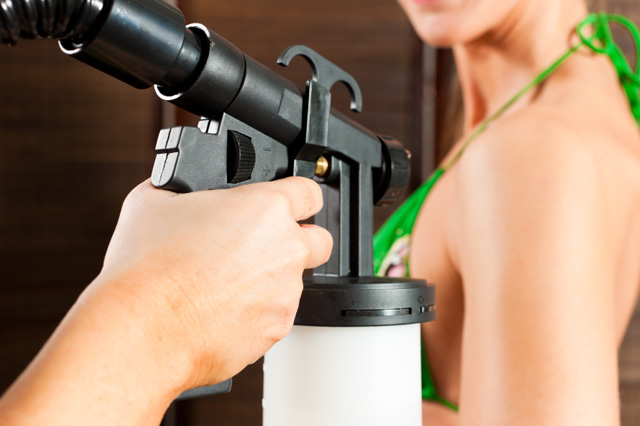 This news story about a man accused of his wife's alleged 2007 murder brings up a couple of questions. One: did he do it? And two: can a spray tan actually kill a person?

Real estate developer Adam Kaufman says he found his 33-year-old wife, Eleanora, on the bathroom floor on the morning of November 7, 2007. Prosecutors say he strangled her, but the defense has another theory.

Dr. Bruce A. Hyma, Miami-Dade County’s chief medical examiner, has said only “direct focused pressure” consistent with force applied by another person could have caused the deep bleeding in the victim’s neck muscles, but defense attorney Bill Matthewman offered another explanation.

He has said the victim could have suffered a violent reaction to a spray tan she’d had the day before, fallen on the magazine rack and choked to death.

Matthewman also said the spray tan could have contained arsenic or some other accidental poison.

The defense team is also arguing that the single small spray tan smear on the bathroom walls indicates that there was no struggle. Meanwhile, the producers of CSI: Miami already have an episode in the works (just kidding - but no, seriously, they probably do).
Florida Man Faces Trial for Wife's Alleged Murder, Defense Claims Victim’s Spray Tan Could Have Killed Her [ABC News]