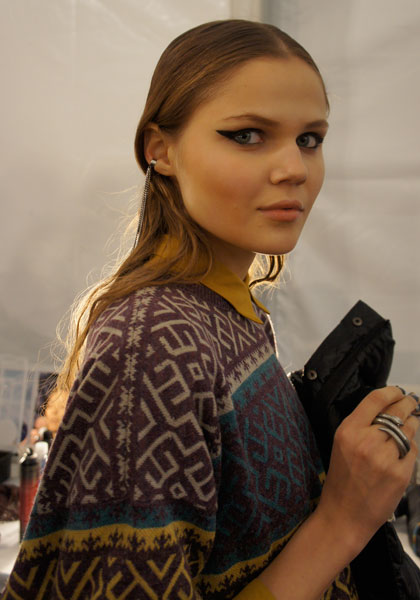 You really can’t get any cooler than hair jewelry and graphic liner. But, what else would you expect from Mara Hoffman? The look is definitely something girls will want to recreate during any season. 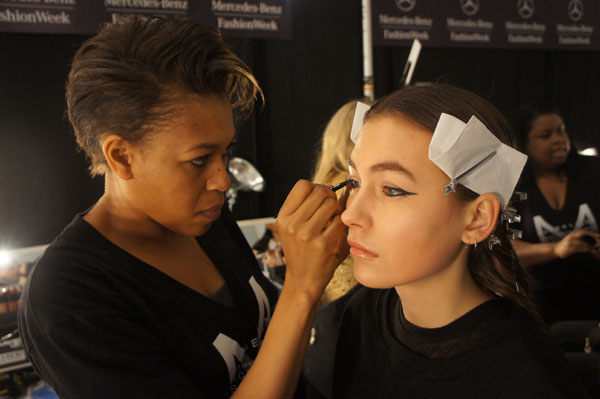 For the makeup, Charlotte Willer for Maybelline opted for a seriously lined eye and flawless complexion inspired by mystic gypsies. To get the beautiful skin, she used the Maybelline Fit Me Foundation and Powder on all of the models. Then, using gel eyeliner, she drew a pretty thick, clean line half way across the lid and straight out, and at the whole lower waterline. The lip was a barely-there nude. Charlotte applied Maybelline Dream Lumi Touch Concealer as a base, and then topped it off with Color Sensational Lipstick in Totally Toffee. 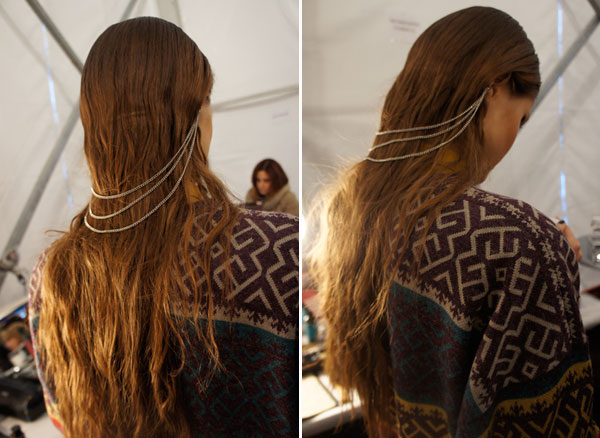 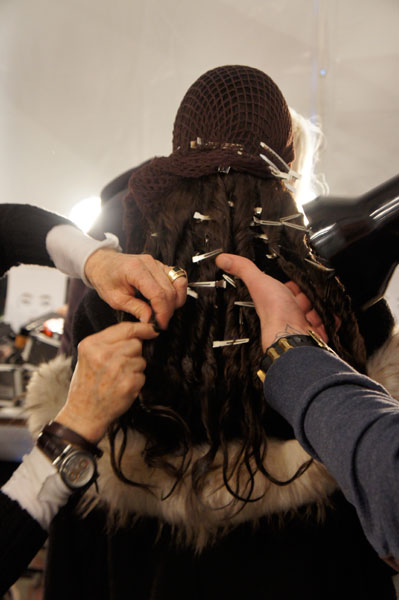 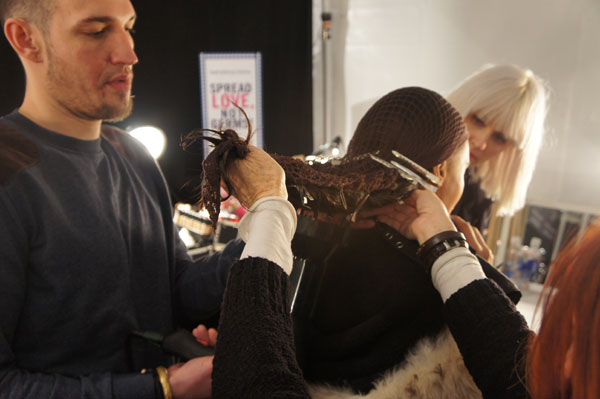 The hair, created by Nick Irwin for TIGI, was slicked back with a middle part. It was kept behind the shoulders. Nick wanted a “contrived” look that had a “good transition from straight to wavy on the bottom.” His main concern was not having any frizz or curl, so he opted for a wet, dreadlock-type bottom. Using TIGI Catwalk Curlesque Strong Mousse to set, he twisted individual pieces for the dreadlock effect. The curls stayed in place after a few minutes of being under a diffuser. The pièce de résistance was a bundle of chains that went across the hair at the neck and attached by ear cuffs at each ear. 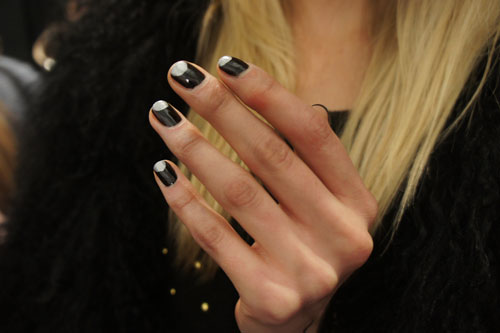 The nails, also by Maybelline, were adorned with an “unconnected crescent” at the tip of the nail. Mara wanted “a cool graphic that went with the bright collection.” The base was painted with Maybelline Color Show Nail Lacquer in Onyx Rush, the crescent was painted using Audacious Asphalt. Then, the crescent was topped with a Pedal to the Metal to give it a bit of shimmer.