beautybliz.com / Lily Collins is Killing It on the Red Carpet This Month

Lily Collins is Killing It on the Red Carpet This Month 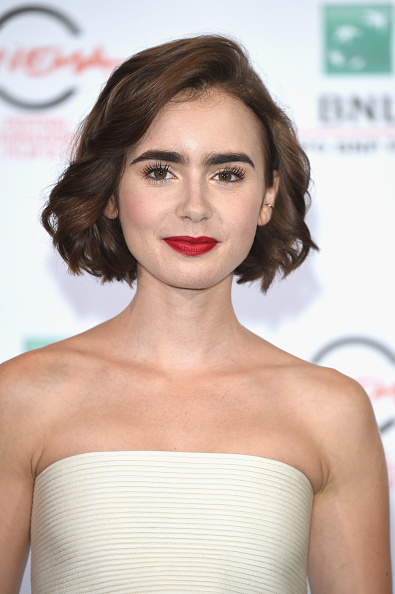 Lily Collins has been promoting her new flick, Love, Rosie, in Europe this month and we have to give a shout out to her glam squad for her perfect red carpet hair and makeup. Not only is Collins’ lip game on point, but the bold browed babe also displayed three uniquely different hairstyles – that’s no easy feat when you’re working with such a short bob.

There are a few things we’ve learned from her three red carpet appearances. First, if you’ve got strong arches, go easy on the eye makeup. Collins’ makeup artist Polly Osmond stuck with mascara and eyeliner, keeping the actress' signature brows on display without bombarding the eye area with too much shadow. 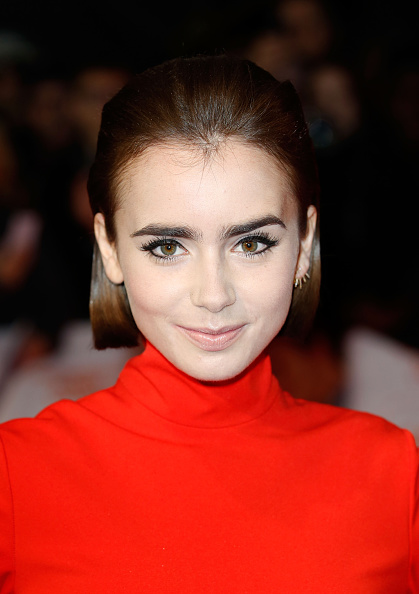 At the Love, Rosie world premiere in England.

Second, muting out your lips to show off your retro eyeliner is a good thing. For the world premiere of Love, Rosie, Osmond mixed Lancôme UK Rouge in Love lipstick in Rose Thé with some foundation to pale out the color. This made the star’s lips practically blend in with her skin color without making her look like a corpse.

Third, rocking different hair textures is just as striking as wearing a new style. So just because your cut is too short to braid or throw into a ponytail or topknot doesn’t mean your hair has to look the same all the time. Collins’ stylist Ken O’Rourke played up her bob with retro curls, beachy waves and a slick back for her red carpet appearances. 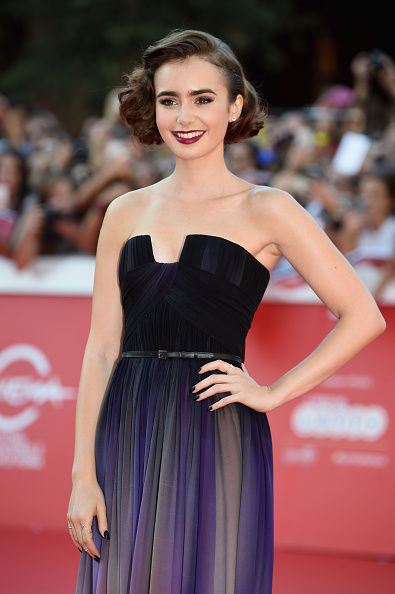 At the 9th Rome Film Festival