beautybliz.com / If Jason Wu Asks for Glitter, He Gets It!

If Jason Wu Asks for Glitter, He Gets It! 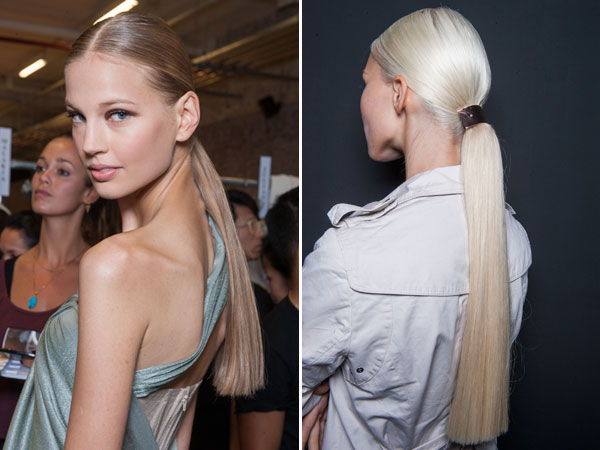 It's only day two of New York Fashion Week and the designers are already pulling out the big guns (aka glitter!). Backstage at Jason Wu, Diane Kendal for Lancome created a high-impact, gold glitter eye that wow-ed everyone. "Jason wanted glitter," she told us when describing the look. Diane focused the placement of the sparkles in the center of the eye and created a Marlene Dietrich-esque shape using the brown eyeshadow from the Color Design Eye Brightening All-in-One 5 Pan Shadow and Liner Palette in Bronze Amour on the inner and outer corners and into the crease. She finished the look off with Jason Wu for Lancome Artliner in Noir very close to the lash line to define the eye, a few coats of Hypnose Star Mascara, a veil of Teint Visionnaire foundation and Baume in Love in Rose in Love on the pout. 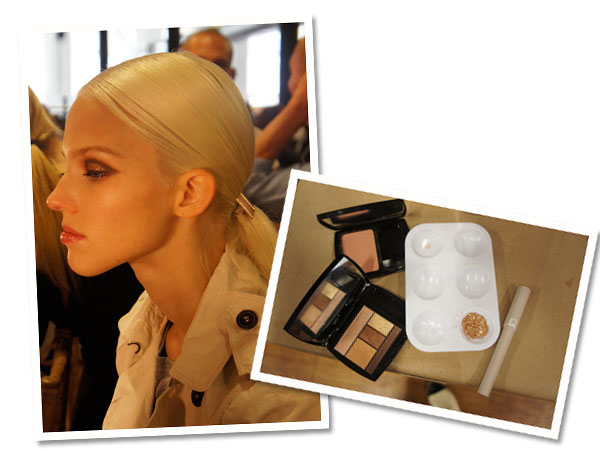 Over in hair, Odile Gilbert for Kerastase opted for a "super sleek" pony tied at the nape of the neck with a center part. The inspiration? Helmut Newton. But the piece de resistance was definitely the gold and rose gold hardware that was placed over the elastic - the perfect touch of metal to complement the glimmering eye. "It's very chic and simple," said Odile. 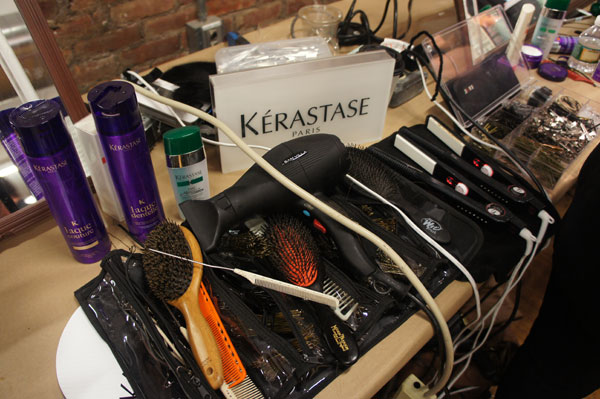