beautybliz.com / To Tuck or Not to Tuck? That is the Hair Question

To Tuck or Not to Tuck? That is the Hair Question 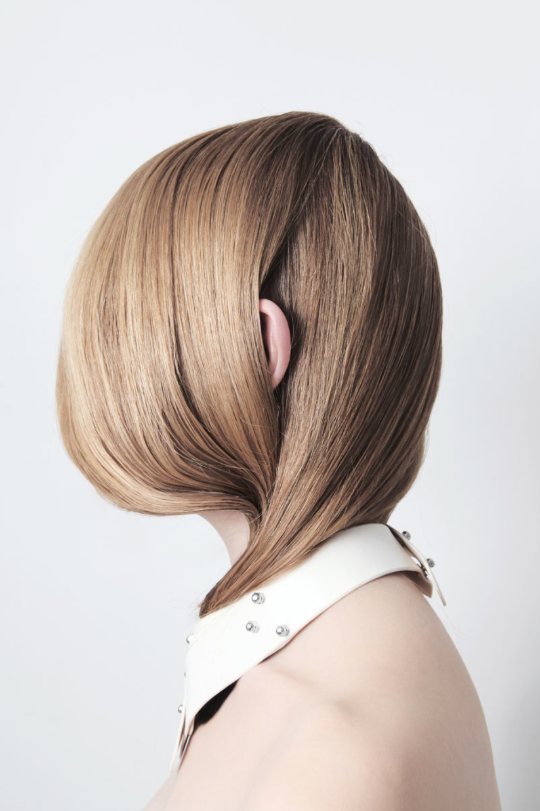 Photo by Louis Ghewy
Hair tucked into collars and turtlenecks has been a trend on both the runway and the street style circuit for at least a couple years now. But we’ve been noticing a new type of hair tuck at the recent fall shows: the peekaboo ear tuck.
This look a little different than the traditional ear tuck, which has enjoyed a renaissance in recent seasons thanks to the rise of deep side parts and ear cuffs. Celebrities with more forward styles — like Kate Mara — have even experimented with the much harder to pull off double ear tuck.
But the new, new ear tuck involves leaving a chunk of hair in front of the ear while sweeping the rest of it behind, showing just a sliver of lobe. 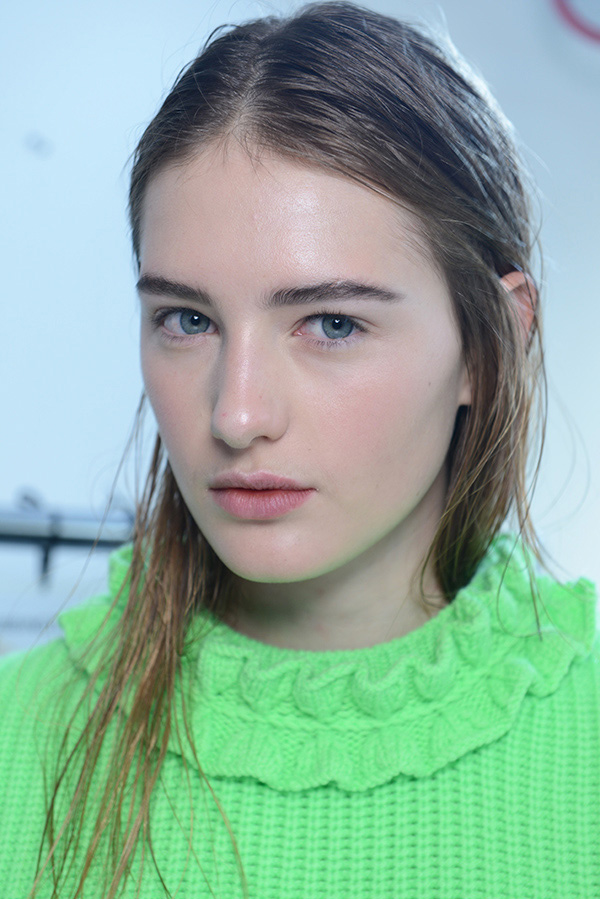 The ear tuck meets the collar tuck at Christopher Kane. Photo courtesy of NARS.
Redken Creative Consultant Guido played peekaboo with ears at two shows this season: Christopher Kane and Calvin Klein, where the subtle detail added personality to loose, natural styles. “Young designers tend to request undone hair in order to give the overall style an effortless quality,” Guido said of the hair at Christopher Kane. “It is important to not force a look, so I don't over bake an idea. If the designer wants ease, then the hairstyle is consequently a natural look with a few subtle tweaks.” 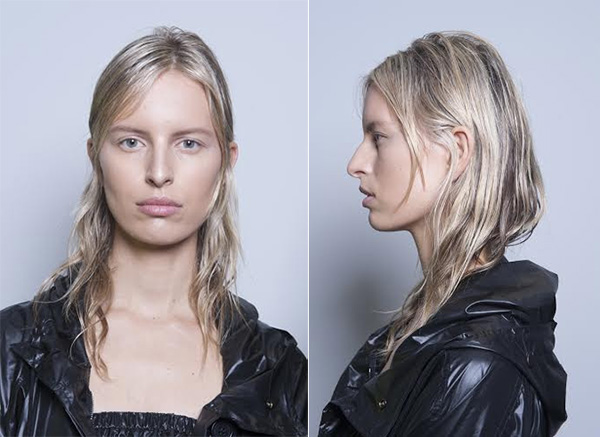 The hairstyle at Christopher Kane. Photos by Greg Kessler, courtesy of Redken. 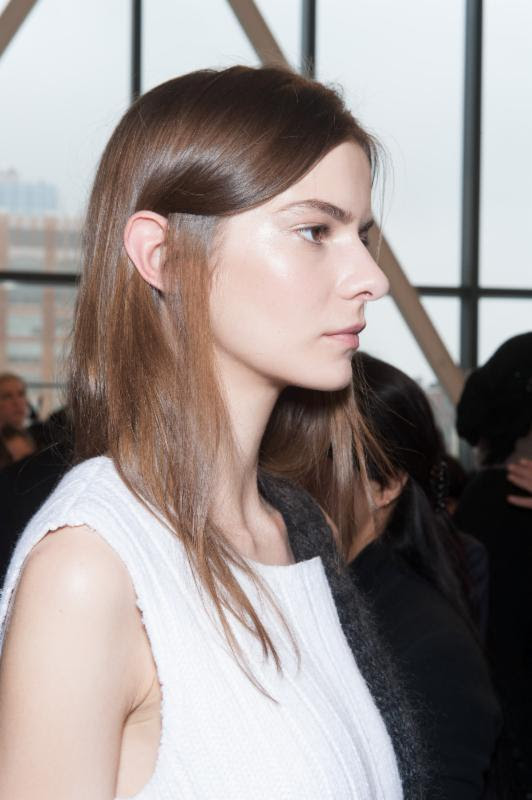 The peekaboo tuck, as seen at Calvin Klein and styled by Guido. Photo by Greg Kessler, courtesy of Redken.
The half tuck looks at once both nonchalant and stylized: Maybe this girl just brushed her hair away from her face, or maybe an internationally famous hairstylist placed her strands just so. Who knows? And that’s exactly why we like it.