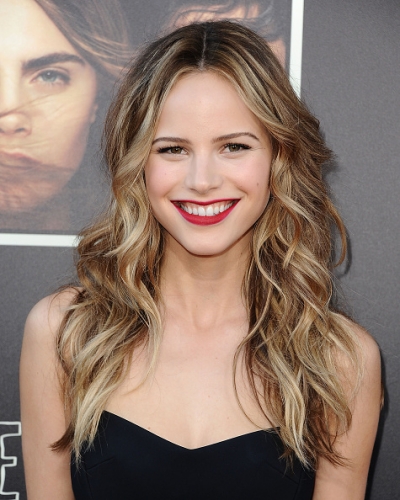 Heavy makeup is not something we condone on a hot summer day. So when makeup artist Georgie Eisdell was asked to do Halston Sage’s makeup for the Paper Towns Q&A And Live Concert in L.A., she focused on one feature: her lips. “For Halston's look at this fan event, I wanted her to look effortless with a splash of color. So we went for clean skin and a bold lip,” said Eisdell. Here’s how to recreate the young star’s pretty look.

Get the look with these picks: