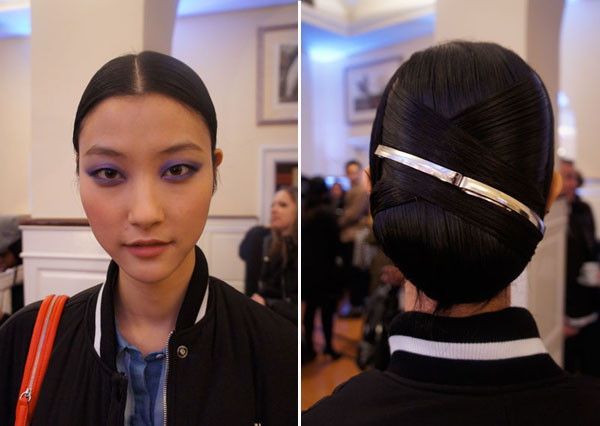 If there were only two words to ever describe Jason Wu, they would be chic elegance. When Odile Gilbert for Kerastase stated her inspiration for the outstanding chignon she created for the show, she hit the nail right on the head. The “art deco” chignon was breathtaking. There was not a single flyaway on the runway. The crisscrossing of hair from each side, over a sleek bun all wrapped around with more hair was brilliant, and the two barrettes put a beautiful finishing touch on the look. We couldn’t keep our eyes off it. 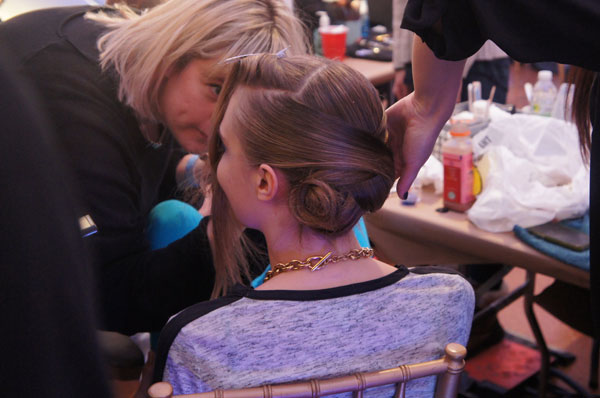 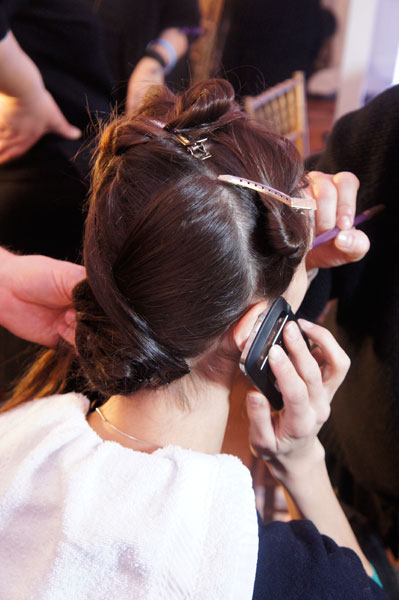 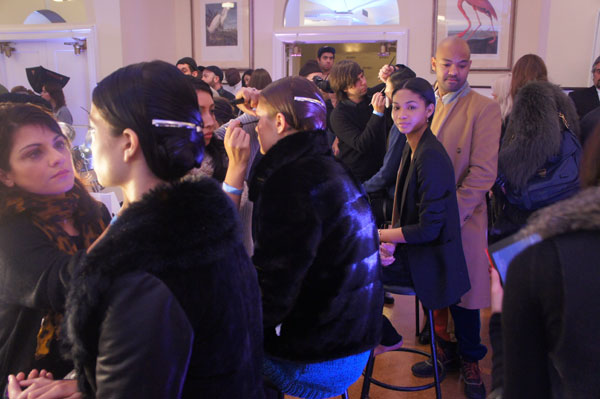 For makeup, Diane Kendall worked with two new shades created by Jason Wu for Lancome, a vibrant royal blue and an iridescent grape, to create the graphic, smokey eye. The look was inspired by the purplish-blue, pleated fabric used in the final gown of the show. “It is the only dress in this shade, but we tied it all together with the eye color,” said Diane. 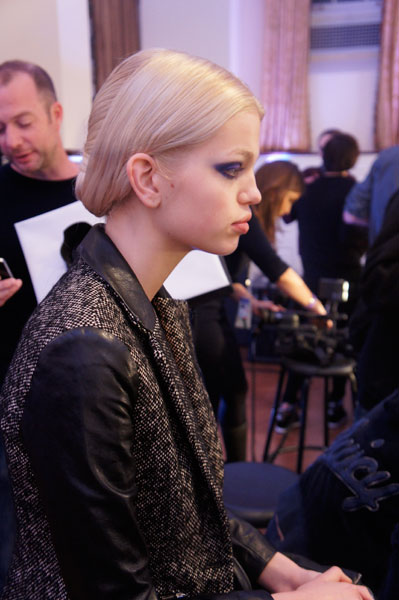 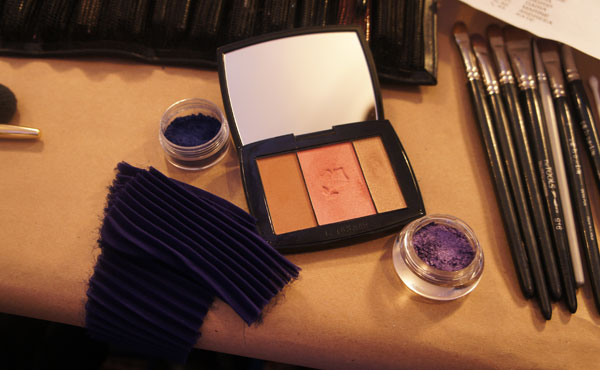