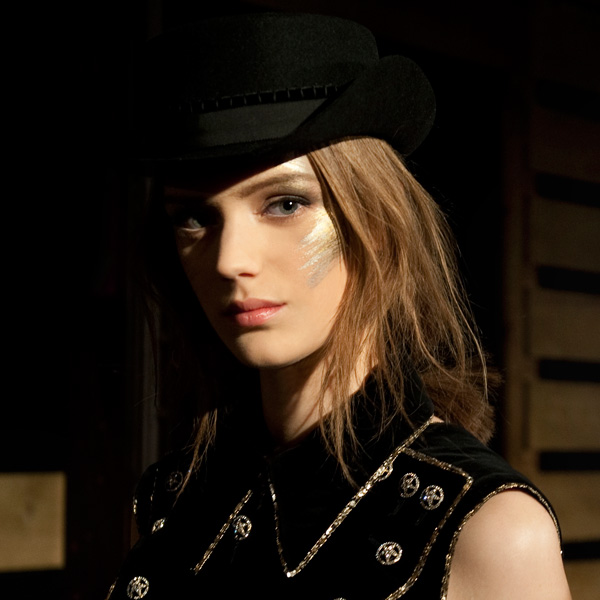 Statement lips, statement eyes, even statement brows all have an established place in our arsenal of makeup looks. But statement cheekbones? This may be the next big thing in our beauty routines, if Chanel's trendsetting track record is any indication.

At the luxury house's Paris-Dallas themed Metiers d'Art show held this week in Texas, makeup artist Peter Phillips gilded models' temples with gold and platinum pigments painted to mimic Chanel's signature tweed. And though the collection won't hit racks until pre-fall 2014, we're getting a sort of Sugar Plum Fairy vibe from the sparkly makeup. Will we be rolling up to a holiday cocktail party with metallic cheekbones? Probably not. But we will be stocking up on Éclat Lumière Highlighter Face Pen, which Phillips also used backstage. And hey, there's always New Year's Eve. Sparkly cheekbones may just be the new sequin dress. 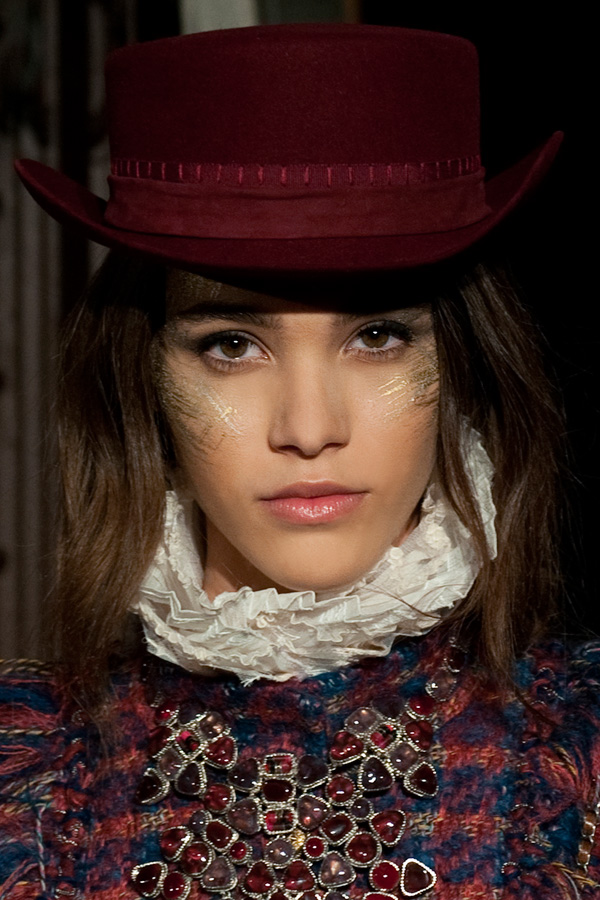