beautybliz.com / Transgender Model Andreja Pejić is the New Face of Make Up For Ever 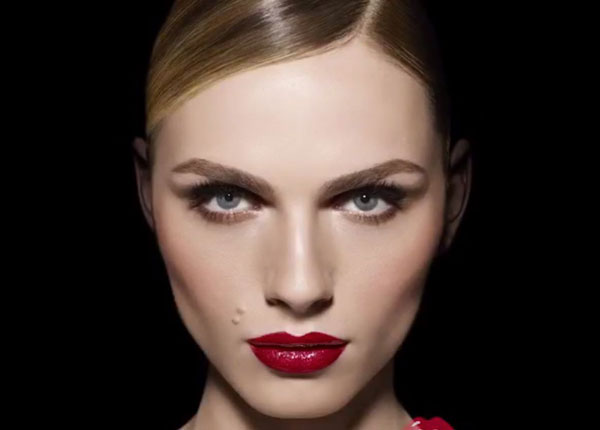 Andreja Pejić (formerly Andrej) has been a familiar face in runway shows and editorials for a number of years, and now she’s scored another big addition to her résumé: spokesmodel for Make Up For Ever. Pejić is starring in the brand’s latest campaign, which features the tagline, “Be Bold. Be Unexpected. Be You,” and also stars actress Jamie Chung. Pejić is reportedly the first ever transgender woman to star in a major beauty campaign (though MAC Cosmetics and Obsessive Compulsive Cosmetics have notably casted drag performers in a number of their ads).
Pejić, who began her career as Andrej, an androgynous model who walked in both men’s and women’s shows, underwent sex reassigment surgery and came out as a transgender woman in 2014. Make Up For Ever’s announcement comes just a day after Caitlyn Jenner’s first photos for Vanity Fair “broke the internet” in a more significant way than stepdaughter Kim Kardashian’s oiled derriere ever could. Pejić even appeared on Good Morning America today to congratulate Jenner on her transformation.
Here’s a teaser of the campaign posted on Make Up For Ever's Twitter account today. It’s definitely a big week for beauty in all its many shapes and sizes.

Andreja Pejic, Make Up For Ever, Bruce Jenner, Caitlyn Jenner